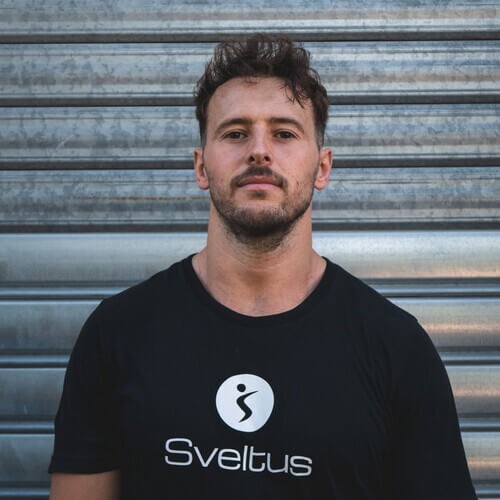 Alex is practicing CrossFit for 8 years now. With his BPJEPS AGFF certificate, mention Haltères et musculation, Alex is coach and owner of CrossFit Happy Hearts, an affiliate box in Narrosse. Thanks to its knowledge of the CrossFit world, he holds all the cards to be the best in his sport. Alex has been named two times “2nd fittest in France”, he was also ranked three times in the TOP 3 of French CrossFit athletes!

Alex did a series of good rankings in many important competitions such as the French and German Throwdown, Strength in Depth, and recently the Wodapalooza in Miami. He also took part in several Sanctionnals™ and Semi-finals with the TOP Europe. 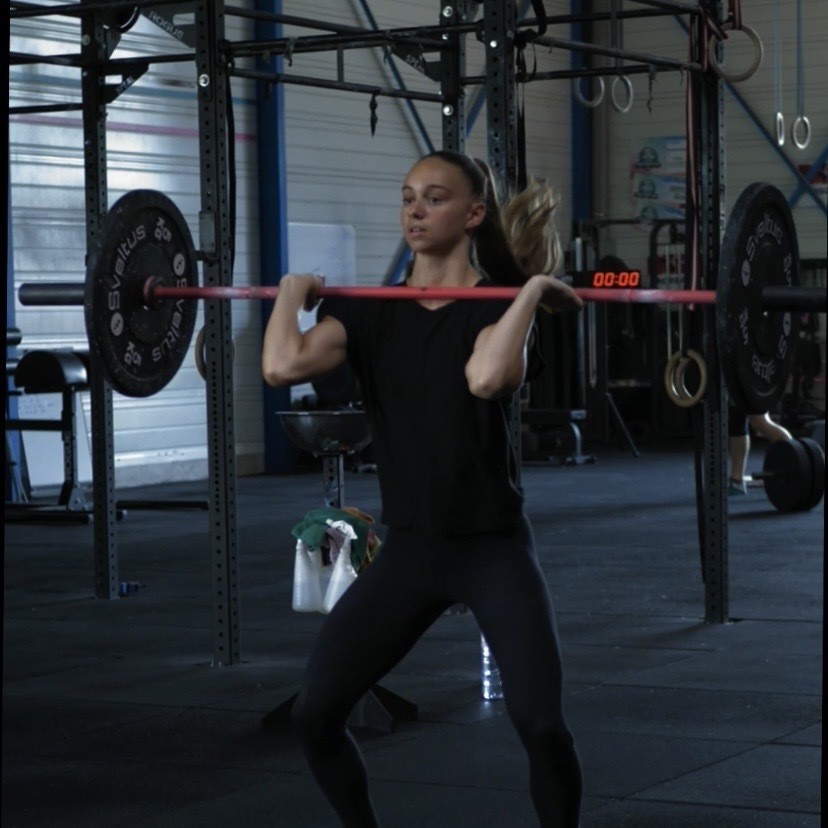 At only 15 years old, Lili was already a reference in the Crossfit discipline. Practising this sport since 2017, she first distinguished herself in athletics. In 2019, during a Crossfit competition, she was detected by a national weightlifting coach. Then, Lili joined the Olympic team with regular training sessions at the INSEP. With an already well-filled track record for her young age such as her 10th place at the 2021 Crossfit games in the 14-15 years old category and her 1st place at the Marseille Throwdown in the 16-18 years old category, Lili also holds numerous French records in weightlifting. She finished France Champion of weightlifting in September 2021 with three France records : snatch, clean and jerck & total (combination of both movements). One month later, in October 2021, she repeated the feat by breaking its own record in snatch, snatch + clean & jerck at the Open Bosnia Cup.

In 2022, she qualified for the Crossfit Games World Championships finishing at the 3rd place in her category. 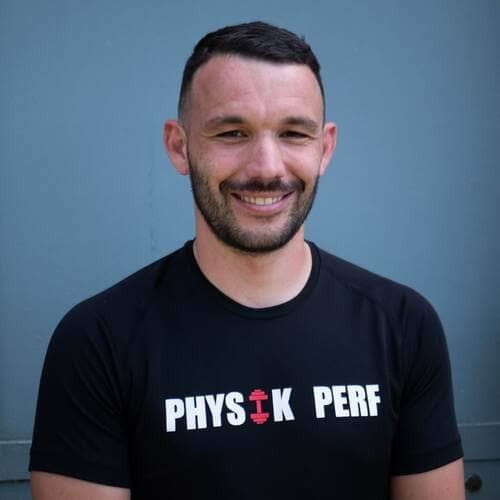 In Sveltus, we are working in close collaboration with Sylvain. Indeed, his knowledge and skills help us with the development of our products range by testing with high intensity our samples. 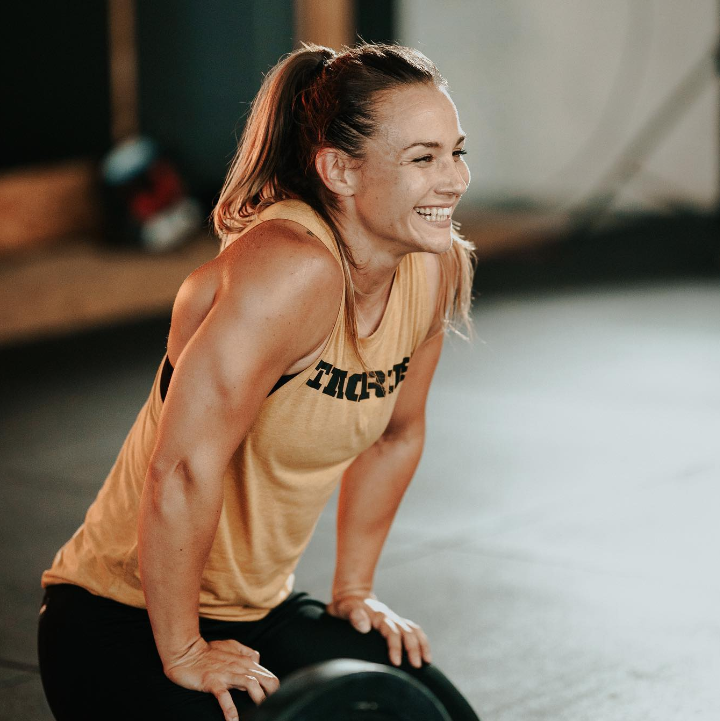 Jeanne started her sports career at a very young age with judo, which she practiced for many years.As a teenager, dance came into her life and allowed her to travel in Europe and around the world for big competitions.In 2014, she discovered Crossfit while she was started her professionnal career as a gym teacher. It was instantly love at first sight for this discipline in which she trained with passion. Jeanne also participated in many team events such as German throwdown, Swiss alpine battle, French throwdown, West coast throwdown, The Battl3, The Thorus flag series...

In 2017, Jeanne had the chance to join the INSEP in Paris to train with the French weightlifting team. She won two french champion titles in the discipline ! Then, Jeanne took a break to return in the south of France where she started a family with Alexis Romero her husband and acolyte.

"Today Sveltus allows me to manage my life as a mother and athlete and to show, every day, the best example to my daughters through the values of sport". 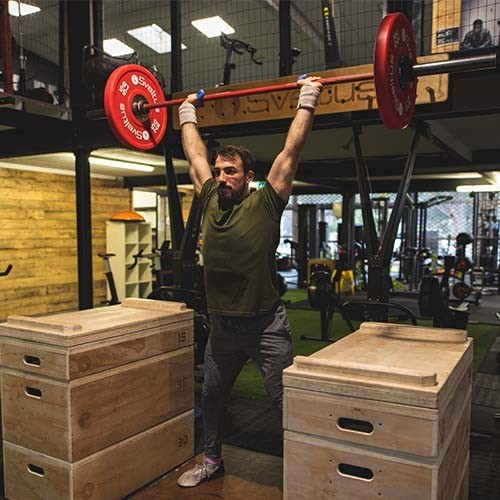 Native of Toulouse, Alexis has discovered CrossFit in 2013 after being a rugby player for many years. He took part in many important competitions such as French Throwdown, Swiss Alpine Battle or German Throwdown. Alexis has lots of records: he was the winner of the Affiliate Battle in Nîmes (2018), of the West Coast in Seignosse (2018), of the Thorus Flag Series in Toulouse (2019) and the winner, with his team, of the Battle 3 in Saint-Simon (2018). He has been, for many years, one of the best French CrossFit athletes. Among his best CrossFit memories, Alexis will always remember his two participations at Wodapalooza in Miami (2019 and 2022) and the qualifying rounds for the CrossFit Games in Madrid (2018).  He is currently in the Master CrossFit categories and he hopes becoming a reference in this category.

“Thanks to Sveltus and their equipment, I can easily combine my professional and personal life with my passion.” 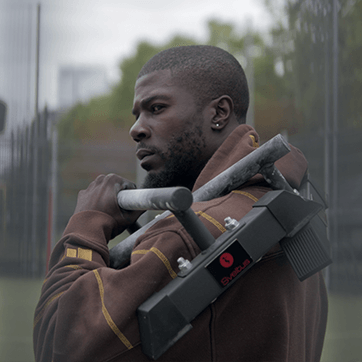 Samuel is a personal trainer specialized in calisthenics. Calisthenics is a way to develop your muscles with your body weight. It does not require many equipment so this sport can be practiced almost everywhere. Samuel is practicing calisthenics for 6 years. Before, he did other sports such as gymnastics, boxing or capoeira. He acquired a strong mindset and body through these different experiences that help him today in practicing calisthenics

“For all the mindset benefits that I acquired with calisthenics and for the development of my body, today, I recommend calisthenics to everyone”. 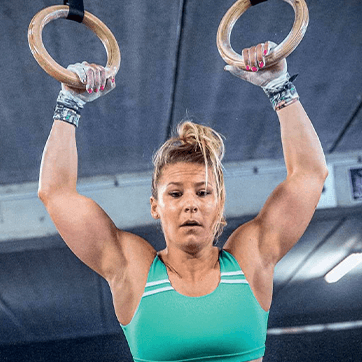 Before discovering CrossFit in September 2014, Marie-Emilie was a former high-level athlete in the French pole vault team. Today, she works as a coach in the “CrossFit GaliléÔ” gym and in another gym since 2014. She was in the first French team to participate in the CrossFit Games in 2018!! We can also highlight her excellent performances in many competitions such as in Wodapalooza in Miami, her team winning in the French Throwdown, and her 1st place in the French ranking for the CrossFit open in 2016. Marie-Emilie also took part in a lot of sport competitions as the Marseille Throwdown, the Affiliates Battle, the Thorus flag series, etc...

“I have a partnership with Sveltus since 2020; they fully equipped my home gym so that I could practice during the lockdown and my pregnancy. Sveltus is a brand with great values and a friendly team; the company provides high-quality equipment.” 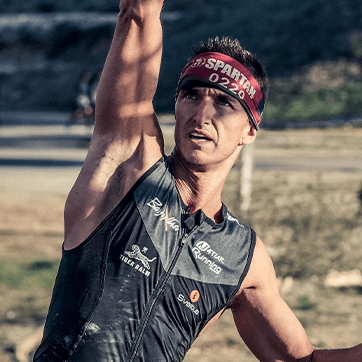 Professional Firefighter Captain, David is also an elite Spartan athlete and a member of the Spartan Race professional team. David was part of the European Champion team in 2018 and he was number two in 2017. He ranked the 19th place in the World individual championship Spartan Trifecta in 2019. To sum up, David is one of the best Spartan athletes in France and in the world. But, David is not only a Spartan athlete, he is practicing CrossFit, canyoning and freeride too. In 2020, he reached the 2nd place of the SaintéLyon trail run (24 km). 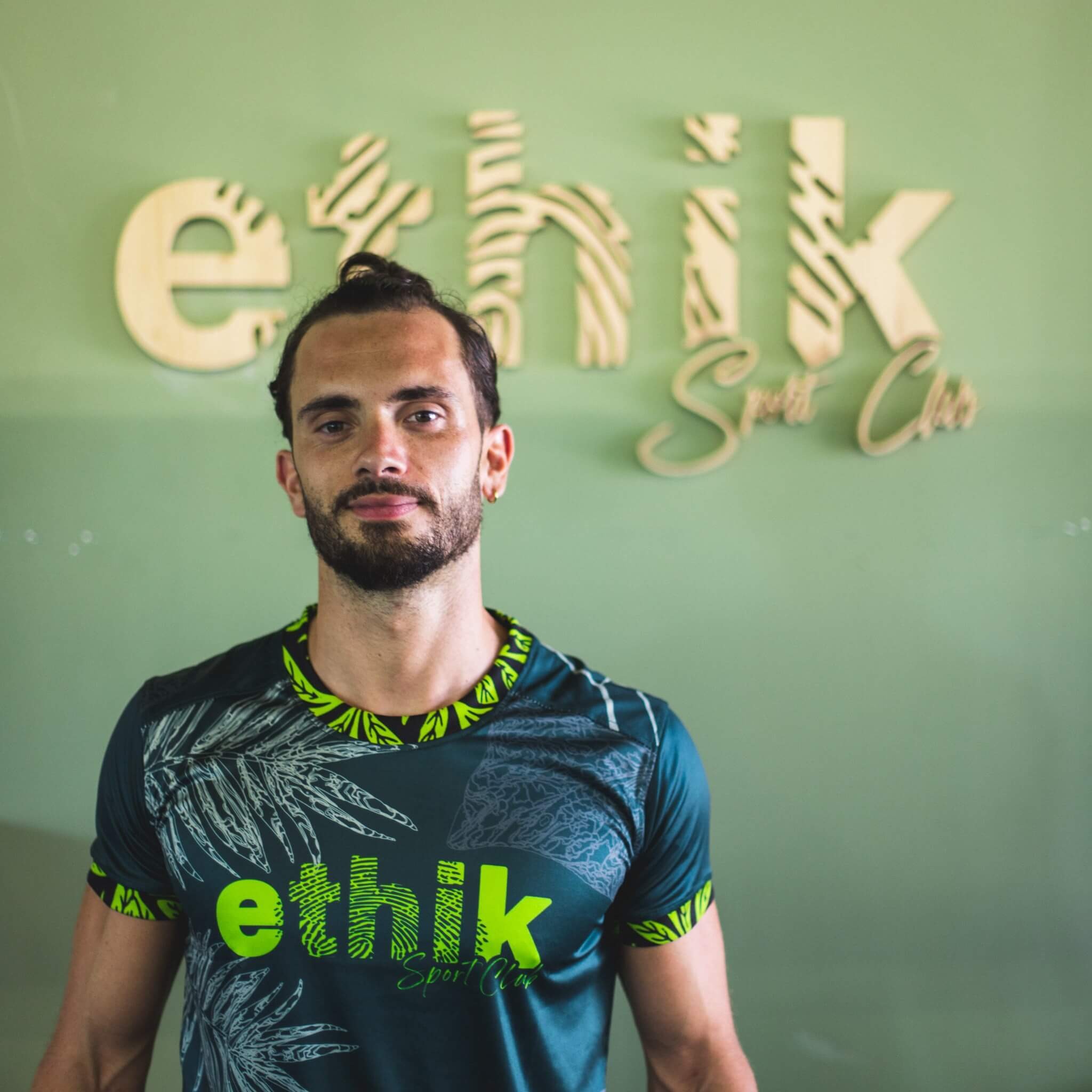 Stephan is a coach and physical trainer for high-level athletes. He holds a BPJEPS certificate, mention Forme/force & initiation à l’haltérophilie (French sport certificate).  He has also some knowledge about sport biomechanics (the study of human movement including the interaction between the participant and equipment) and sport physiology (the study of how exercise alters the function and structure of the body). During his physical trainer career, Stephan got many varied experiences as sports coach in fitness and CrossFit gyms, but he is also able to train athletes in specific sports (such as obstacle race, skiing, boxing or tennis). With all the different experiences he acquired, Stephan has now founded a gym which represents his own values: Ethik Sport Club, a gyms network advocating for the ethics and the sharing of sports values. 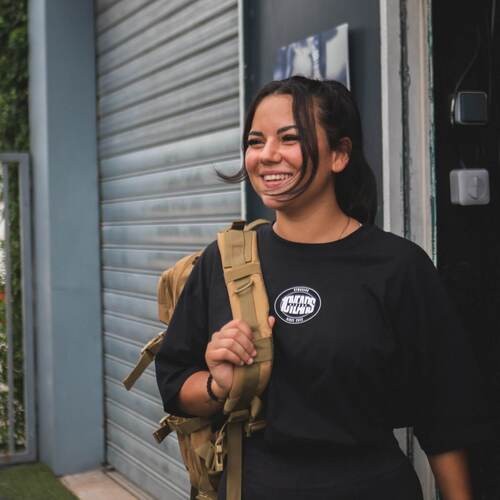 Former competitor IFBB (International Federation of Bodybuilding and Fitness) and weighlifter for more than 8 years, she participated in the final in France and finished 3rd in the junior bikini category. After more than a year of intensive physical and mental preparation, Joséphine took a step back from the competition and devoted herself to her health and physique in order to have more muscular maturity before getting back on stage.

She is now a sports coach and is currently training with Nassim Sahili. She has followed a course on nutrition but also on Eating Disorders. 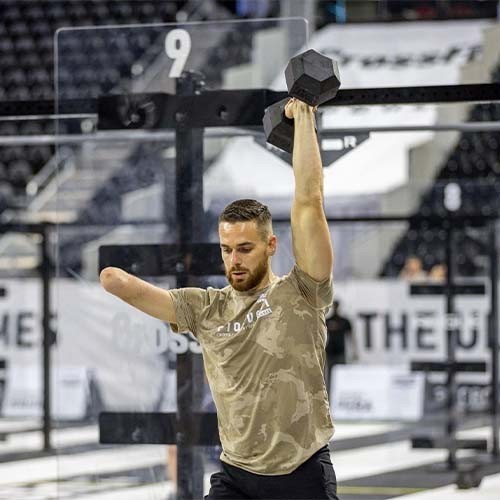 Engineer in the energy sector, Alexis discovered CrossFit at the beginning of 2016. Despite his right arm disability, he manages to practive regularly and adapt to the discipline.

Competing in the adaptive category, he challenges himself in competitions in France but also internationally as he participates twice to the Wod Apalooza as well as to the CrossFit Games 2022 where he finished 4th. 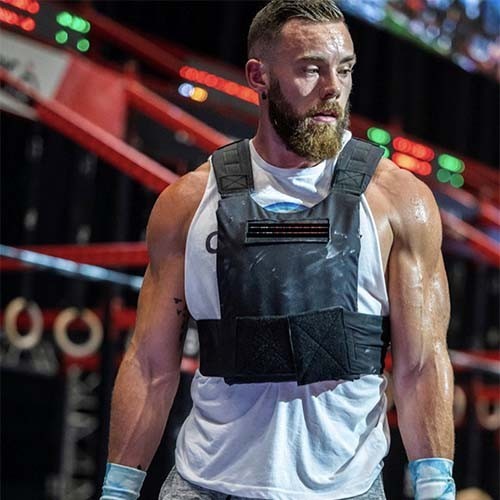 Besides his performances on the CrossFit field, Antoine is working for the national police in Paris for more than 6 years.

His job brings him a lot of positives in sport and vice versa. CrossFit allows him to represent France abroad, which is a source of pride.

In terms of sports performance, he qualified for the German Throwdown by finishing first in the qualifications. He also finished 8th at the Strength in Depth 2022, and 1st at the French Throwdown. 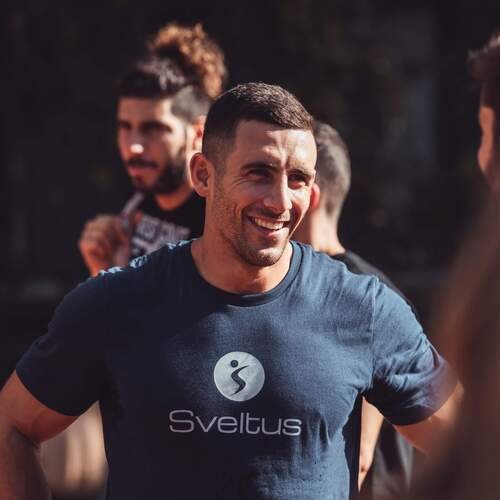 Before being an outstanding athlete, Jules is a professional firefighter. He joined the Marseille marine firefighters battalion unit at the end of 2015. Initially, he was only involved in bodybuilding but thanks to his job, he discovered CrossFit, a discipline that is very close to what he used to do on a daily basis. According to him, it allows to prepare himself both physically and mentally for his job as a marine firefighter. 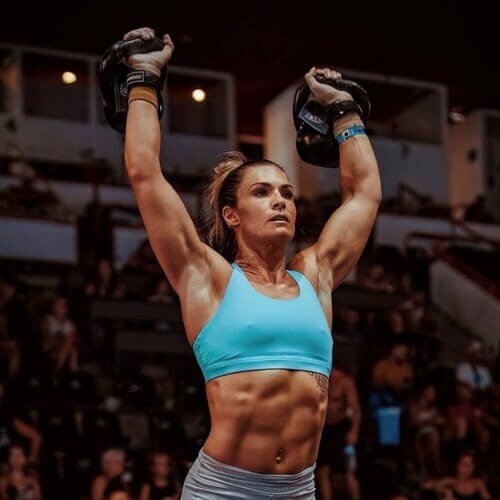 Young mother of 33 years old, Mathilde has been practicing CrossFit® since 2018, thanks to which she was lucky enough to quickly participate in big competitions. CrossFit® is not her job. In her professional life, Mathilde is a communication officer and she recently started tattooing. On the sporting side, her objective this year is to make the most of her current physical condition to perform in competition. She also wants to have fun at future events while continuing to enjoy her daily life as a mother.

Virginie is currently 29 years old and gave birth to her first child almost 10 years ago. During her pregnancy she did not practice any sport and did not pay attention to her diet, which contributed to accentuate the eating disorders she had experienced in her youth (anorexia...). During this pregnancy she saw her weight increase by more than 20kg on the scales, which was a real shock for her. She then threw herself body and soul into sport for 8 years now and has never let go of this new passion. Her whole lifestyle has changed, she has completely transformed her physical appearance to the point of losing her pregnancy weight. Sport has also taught her a lot about mental strength, motivation and determination. Today she is pregnant withher second child and enjoys training even when pregnant.